How the Clay Pigeon Thrower Became Popular in the U.S 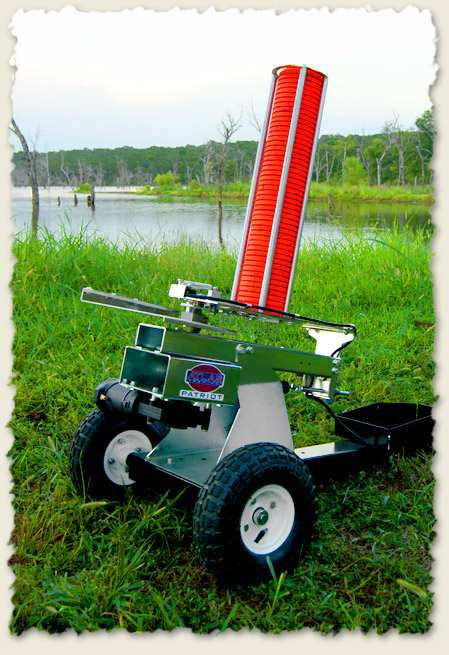 How the Clay Pigeon Thrower Became Popular in the U.S

Whether you’re already passionate about clay shooting or you’re a novice to the sport, it’s important to know about the history of clay shooting in the United States. Learn what happened to make the clay pigeon thrower become as popular as it is today.

How It All Started

There were some challenges that came with the sport. For instance, it was difficult for clubs to find live pigeons. As the demand for the sport grew, there weren’t enough pigeons to be found. Shooters realized they needed to rely on fake targets to hone their skills.

At first, shooters used items like steel plates and glass balls. But the result wasn’t ideal, and shooters needed to find a better alternative. One Ohio resident, named George Ligowsky, was up to the task. In 1880, he invented the clay target. But the target did not realize its full potential until Fred Kimble improved upon the invention. He made his targets out of coal tar, pitch, and several other ingredients. As a result, the target was more breakable.

Before clay targets took over, there were several types of target throwers used to throw glass targets. Typically, a person stood behind the shooter and pulled a string. This released a spring and launched the target into the air. The same technology was used to throw clay targets. In 1909, the first automatic trap machine was created. Although it’s vastly different from the clay pigeon thrower options you can find on the market today, the clay thrower got the job done.

The Evolution of Clay Shooting

Today, trap shooting has become one of the most popular shooting sports. In the U.S, the Amateur Trapshooting Association has more members than other trap shooting organizations. However, Olympic trap also has a large following.

The first clay sporting tournaments in the country didn’t take place until 1980. After an article about a clay target game was written by Bob Brister in the “Field & Stream” magazine, shooters in the U.S were eager to participate in clay sporting tournaments. The first official tournament took place at Remington’s Lordship Gun Club. At the first event of its kind, there were 90 participants. From then on, there was no stopping clay shooting from taking the country by storm. The National Shooting Sports Foundation published a brochure about the game and a clay shooting course was built at Remington Farms.

New Technology for the Sport

Whether you enjoy trapshooting, sporting clays, or skeet shooting, technology has made the sport better. Atlas Traps has some of the finest traps and accessories, all of which are made in America. If you’re interested in seeing how our products can make your shooting more enjoyable, check out our website today.